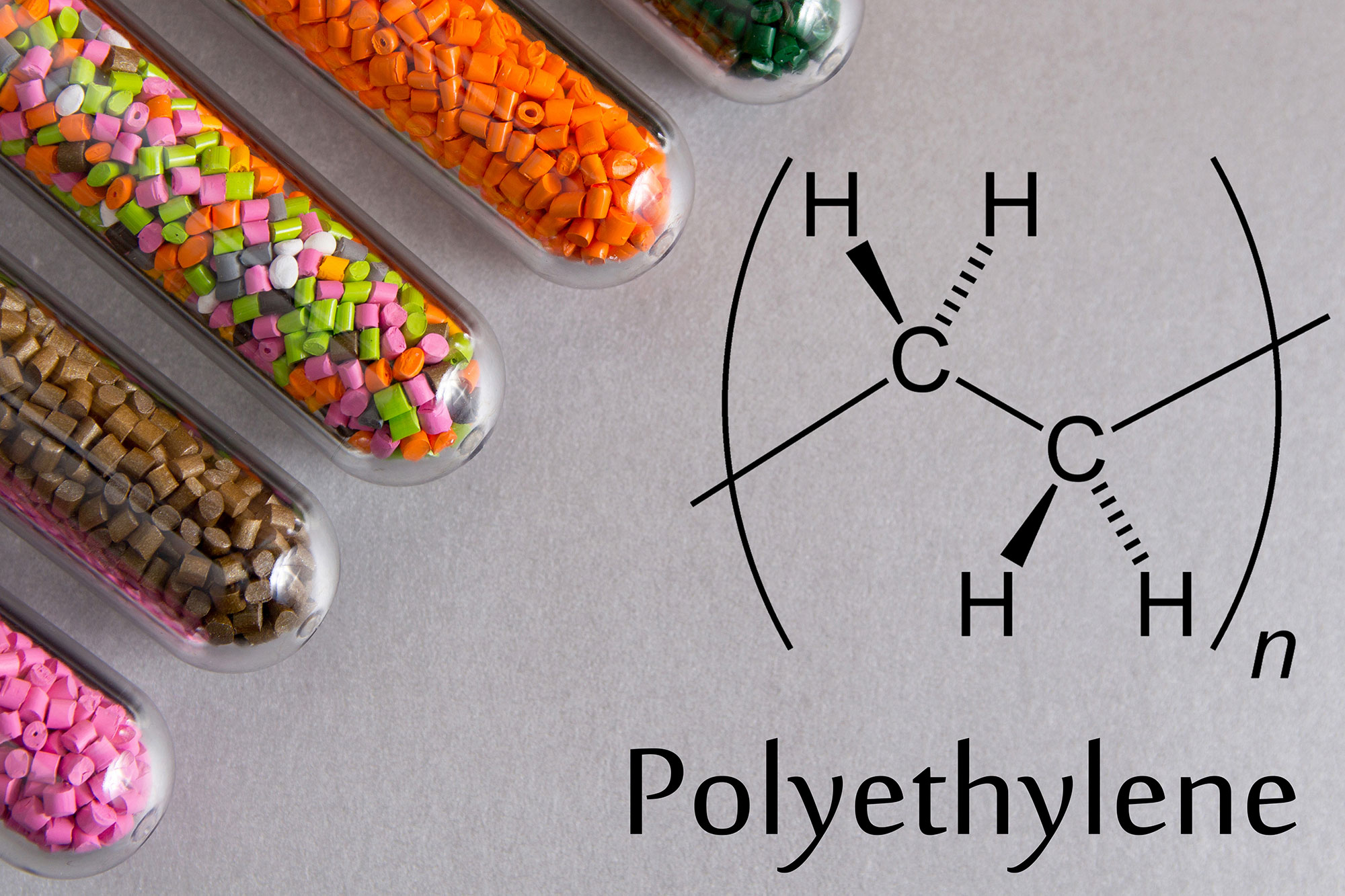 As recently as 2008, natural gas prices were so high that some chemical manufacturers were shutting down U.S. operations. But the ability to access feedstocks like natural gas coming out of the Permian Basin fueled the plastic resin boom, when the economics allowed North America to compete with anywhere in the world.  $185 billion in new U.S. petrochemical projects were in construction or planning in 2017, according to the American Chemistry Council. This didn’t slow until 2020, when crude oil prices dropped 30% to average below $40 per barrel and gas prices averaged just $2.05 a gallon. These dropping oil prices made foreign producers more competitive with US manufacturers.

The plastics industry supply was also hit with a series of substantial production disruptions that began with the late August 2020 hurricanes and then continued to pile on in succession, culminating with the massive mid-February 2021 Winter Storm Uri that hit the Texas/Louisiana region. The storm shut down a vast majority of US petrochemical and plastics production facilities, decimating Polyethylene (PE) supplies and driving Polypropylene (PP) resin inventories to record lows. Texas is home to 85% of the U.S. PE production, and PE is the most used plastic in the world.

Independent data analysts estimate somewhere between 2.0-5.2 million barrels/day of refining capacity was offline in the first week alone of the shutdowns due to Winter Storm Uri. In some cases, facilities were offline or at reduced rates for 25 days or more. Damage to plant equipment, disruptions to transportation networks, and loss of feedstock supplies resulting from power outages had a larger impact on the US product supply system than Hurricane Harvey in 2017, according to IHS Markit.

Polypropylene supplies were incredibly short, even before the severe winter storm occurred. The additional disruption was untenable, and prices reacted accordingly, quickly racing up to the $1.50/lb. level.

Another disruption occurred when the Ever Given, a 20,000 TEU container ship, blocked traffic in the Suez Canal for six days in March 2021, which stranded or redirected nearly 400 ships, adding to supply and price pressures.

COVID-19 was also a factor. The pandemic created a sudden, massive demand for single-use plastic products, including masks, face shields, gloves, syringes, and gowns, as well as the packaging used to transport them and keep them sterile for use.

Scientific American reported that “COVID-19 triggered an estimated global use of 129 billion face masks and 65 billion gloves every month. “The oil market collapsed (in April 2020), making plastic cheaper to use than ever. It is now extremely (financially) advantageous to package your goods in newly made, cheap virgin plastic.”

Updates on New Plastics Capacity in the Texas Gulf Coast

Chevron Phillips Chemical will make a final investment decision on a new cracker in far southeast Texas in 2022, followed by an FID in 2023 on an $8 billion joint venture petrochemical complex along the US Gulf Coast, Phillips 66 CEO Greg Garland said Aug. 3.  He said during the company’s Q2 2021 earnings call that CP Chem was “looking at a Final Investment Decision (FID) next year” for a possible new cracker on the US Gulf Coast,” and the Qatar project is about a year behind that.”

Garland said market fundamentals have “improved dramatically” since the company initiated the projects in 2019, and it would take about four years from FID to startup.

“We’ve got our foot forward on these,” he said. “We are ready to move, and we’re working with contractors to make sure that we’re getting the capital costs right.”

While global markets are seen improving after coronavirus’ worst effects in 2020, Garland noted some disruption remains in the world economy. The delta variant’s spread has increased uncertainty amid uneven vaccination rates worldwide.

“We’d like to see a little clearer path to a fully resolved economic recovery from COVID. Get the delta variant and any other variants behind us,” Garland said. “But we are leaning in and ready to move with FID on that project next year.”

The potential southeastern Texas cracker project, with at least one derivative unit, has an estimated cost of $2.9 billion, according to documents dated December 2018 that were made public by the Texas Comptroller’s Office in January 2019.

The documents did not reveal capacities for the plants or further details but noted that the company was evaluating other proposed sites in Texas and Louisiana.  CP Chem and Qatar Petroleum announced the joint project in July 2019.  It would include a 2 million mt/year cracker and two, 1 million mt/year high-density, polyethylene plants.

Phillips 66 in July 2020 announced that FID on the joint venture was deferred from 2021 but did not specify a new FID target date at that time.

Global Energy Infrastructure reported that ExxonMobil recently reduced its capex figures for this year, but despite an expected reduction of its capital spending down to $16 billion to $19 billion, it is pushing some projects forward.  The company’s venture with SABIC for a large ethane cracker and its derivate units are now anticipated for a 2021 startup, rather than the previous expectations for 2022.

The increased pace for these projects is due to specifically favorable circumstances. ExxonMobil Senior Vice President, Jack Williams, stated back in October that the company would be “taking advantage of the more favorable cost environment to progress the Corpus Christi chemical project and deliver it ahead of schedule and under budget.”  The output from GCGV is expected to benefit from the demand for its products used in a wide variety of clothing, packaging, construction materials, and automotive refrigerant usage.

Regional newspaper The News of San Patricio reported that the GCGV ExxonMobil-Sabic plant recently showed signs of plumes of steam rising off the plant. The facility is expected to be fully operational in November.

Plastics Technology reports that pricing is likely to drop due to supply outpacing demand.

“Going into the fourth quarter, prices of PE, PP, and Polystyrene (PS) were retreating, raising the potential for significant price corrections following a year and a half of substantial price hikes. The key driver is supply outpacing demand along with some reductions in feedstock prices.”

Polyethylene prices were flat in September, and prices are expected to drop, according to Mike Burns, RTI VP for Polyethylene Markets, as well as PetroChem Wire’s senior editor David Barry and The Plastic Exchange’s Greenberg. “There’s enough supply, and demand is now steadying,” said Burns. He expected no movement last month with good potential for a $0.03/lb. or more price drop. Barry saw potential for $0.10-0.15/lb. lower prices before year’s end. All three expert sources anticipate that buyers will have more leverage going into contract negotiations for 2022.

Barry noted that suppliers will need to lower prices into next year as some significant capacity is scheduled to come on stream, including the new SABIC/ExxonMobil, Shell L/LDPE and HDPE plants, and Baystar’s new HDPE plant where a good portion of which will be geared to exports.

Sources noted that spot PE prices were dropping, and demand was waning. “Although PE pricing was further removed from record highs set earlier in the year, they remain at the highest levels ever for September,” reported Greenberg. Meanwhile, contract prices increased $0.041-43/lb. since the beginning of 2021 and a total of $0.65-67/lb. since May 2020.

RTi Global Vice President, Scott Newell, and PetroChem Wire’s Senior Editor, David Barry, anticipate that buyers will have more leverage going into contract negotiations for 2022 and agreed that “potential for a big price correction, possibly in the double-digits, before year’s end” is likely.

In order to provide a more complete view of the marketplace, another view is provided here by the Institute for Energy Economics and Financial Analysis (IEEFA), which recently published a report that claimed that the nation’s plastics industry “remains a heavily concentrated sector taking advantage of an opaque, unregulated price-setting mechanism to bolster profits for major oil and gas companies, as well as plastic producers”.  The report, Why External Review of Price-Setting Mechanism for Plastic Resins Is Warranted, strongly urges that the federal government should begin regulating the plastics industry in the manner that it regulates other “essential businesses”, because plastics will be needed for masks and other products to protect the public from COVID-19.

“The sector, which has increased prices throughout the year, was deemed to be an essential industry by the federal government in early 2020. The price of polypropylene, a key ingredient in most plastics, has soared 135% so far in 2021. As prices rise, strains could mount on manufacturing essential products such as masks, face shields, cups and packaging.”

The IEEFA report vaguely claims that the plastics industry is making high profits due to the pricing, which the authors claim should be controlled by the federal government instead of market forces.

“The industry is controlled by just a few companies. It is time that the price-setting mechanisms be reviewed,” Tom Sanzillo, the reports lead author said. “The industry has become too important to be left to the vagaries of unrestrained market forces. A new balance needs to be found regarding production and product content, emissions, prices, profits, and waste disposal.”

The report’s findings challenge industry justifications for the price increases. “On one hand, the coronavirus pandemic and Gulf Coast hurricanes disrupted production. On the other hand, companies recovered quickly, showing continued production and profits through 2020 and 2021.”  One unnamed industry observer reportedly called recent profits ‘fantastic’.

The report’s true purpose was exposed, however, when it said “The nation needs a solid, affordable, reliable production and pricing system to ensure that the nation’s medical needs are met and other significant uses are addressed, while responding vigorously and effectively to the adverse climate and environmental impacts of plastics production and waste management…The industry’s unshackled production has led to worldwide actions to control ocean dumping of plastics. The toxic impacts of new and expanded industrial capacity is causing community backlashes around the globe, particularly in areas where politically weak, racial minorities live. Plans to accelerate fossil fuel-based plastic production are undermining efforts to combat climate change.”

Being Ray, a blog on respect by Steve Schellenberg